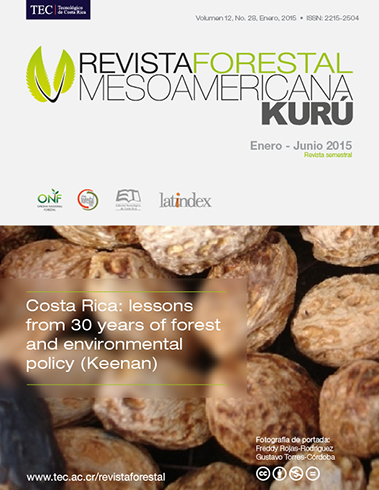 Blue stain in Pinus radiata D. Don wood is predominantly caused by Ophiostoma genus fungi. Stained wood causes significant economic losses to forestry and timber industries. Currently, different chemical fungicides are used to prevent the occurrence of blue stain fungi. However, recent reports have questioned the environmental friendliness of these fungicides. For this reason, the use of biological control, in particular with albino strains of the Ophiostoma genus, appears to be an environmentally safe and a technically feasible alternative to work with. The potential field application of this technology would use a formulation containing the albino fungus-the bioactive ingredient- in its yeast like form. However, some Ophiostoma strains cultures present a marked filamentous morphology in liquid culture medium, affecting the efficiency in the production of the bioactive ingredient. The hypothesis of this work presumed the possibility to control the morphology of Ophiostoma cultures, through the modification of growth conditions in liquid medium. The effect of inoculum size, growth temperature and agitation rate on the morphology of PcF2A29 Ophiostoma piceae and FlF1A55 Ophiostoma floccosum albino strains in liquid culture medium, was studied. A 23 factorial design was employed. The results showed that the initial inoculum size had a statistically significant effect on yeast-like growth morphology in both strains, whereas the temperature only produced a significant effect in PcF2A29 O. piceae strain.